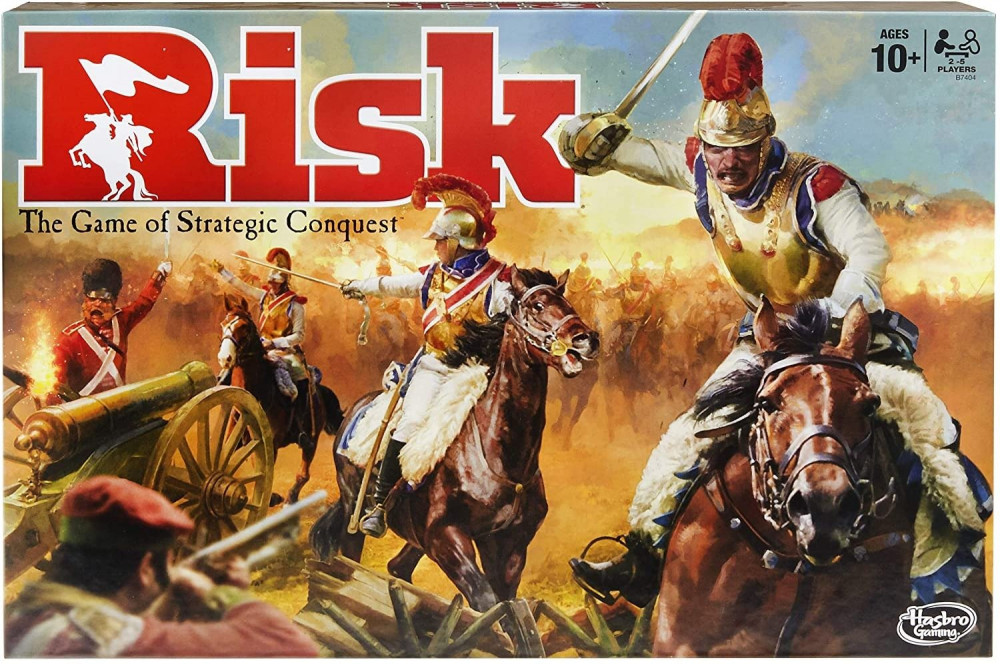 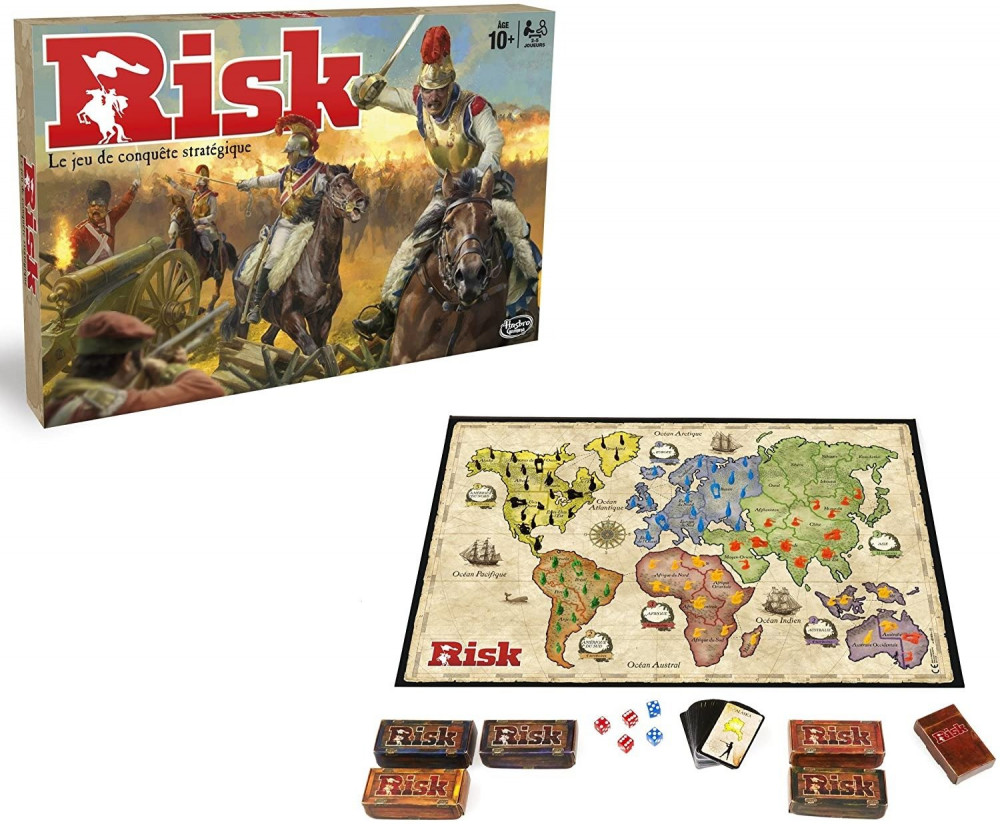 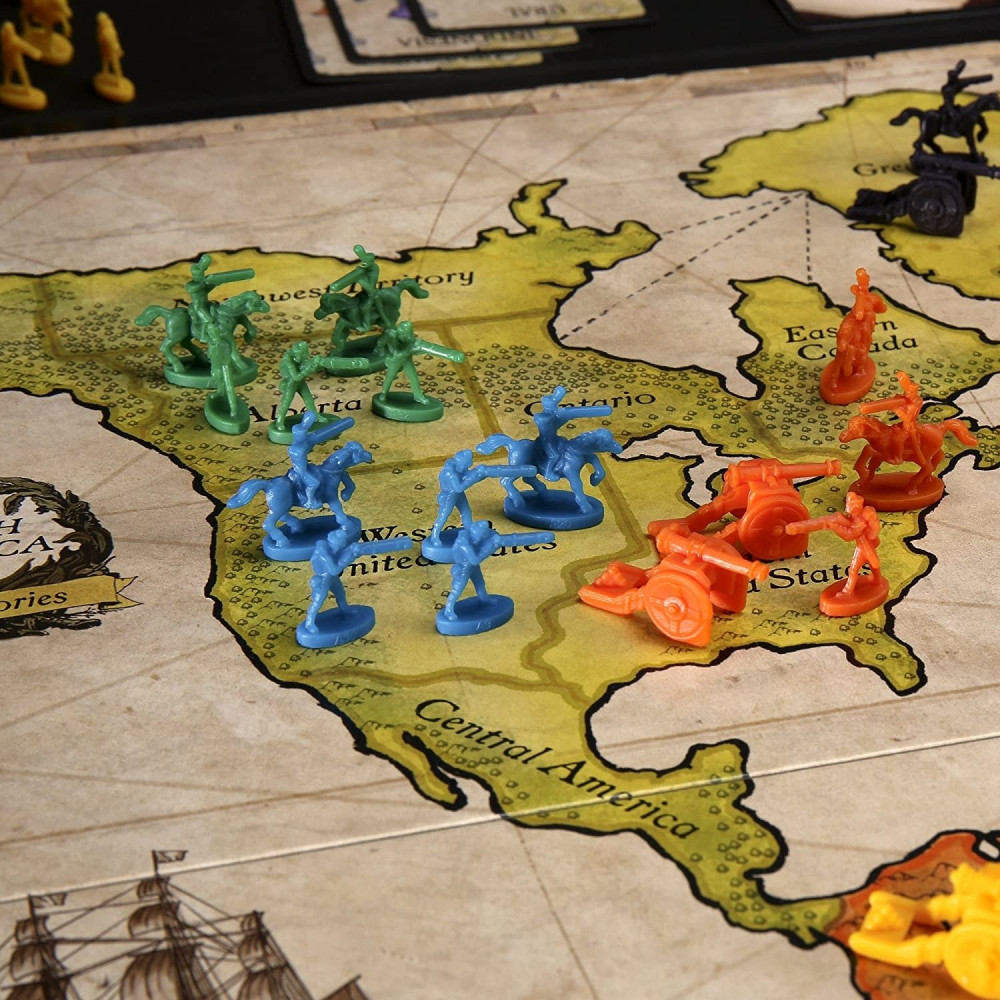 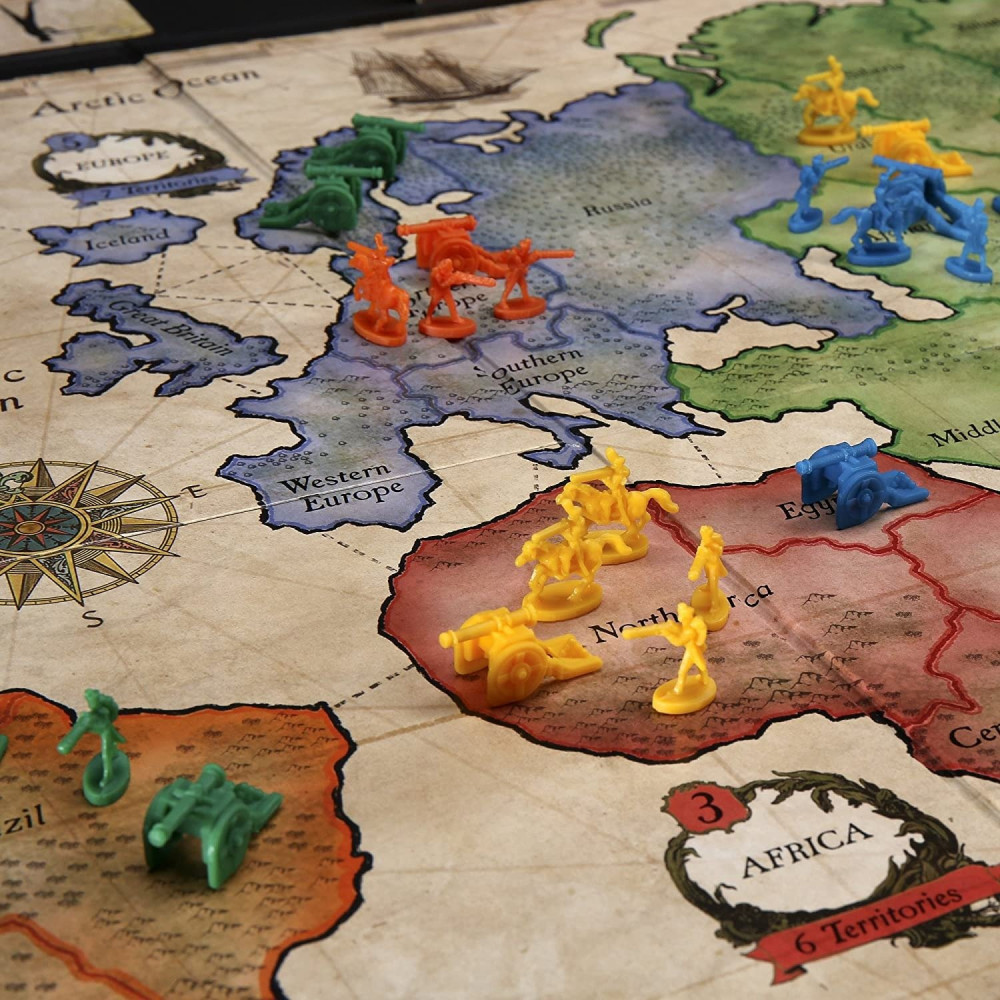 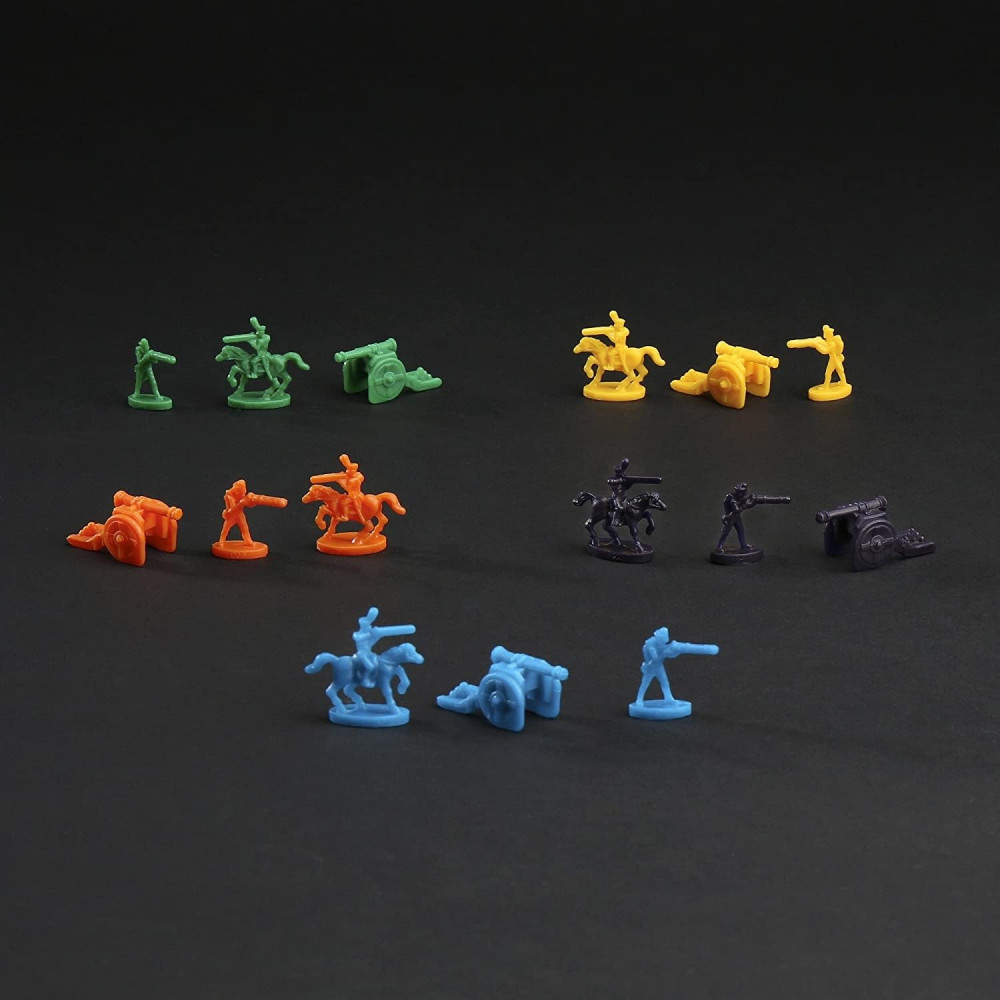 Risk The Game of Stategic Conquest

Take over the world in this game of strategy conquest, now with updated figures and improved mission cards. In the risk game, The goal is simple: players aim to conquer their enemies’ territories by building an army, moving their Troops in, and engaging in battle. Depending on the roll of the dice, a player will either defeat the enemy or be defeated. This exciting game is filled with betrayal, alliances, and surprise attacks. On the battlefield, anything goes! Defeat all of the enemy troops in a territory to conquer that territory and get one step closer to global conquest! The player who completes his or her secret mission first -- and reveals the secret mission card to prove it -- wins. Dice and 5 armies are included in war crates.